What new residents need to know about saving for retirement 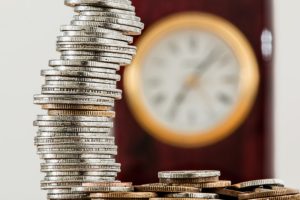 Residency brings a lot of firsts: first admission, first discharge, first actual orders, first prescriptions, and for a lot of people, their first real paycheck. When you go through your hospital’s new employee orientation, they’ll talk to you about saving some of that paycheck for retirement. You’ll most likely have at least one option presented by Human Resources, as well as others that they may not tell you about.

It’s especially important to know what your options are because some companies will want to automatically enroll you in their retirement plan at a certain “recommended” rate, regardless of whether that plan is actually the best thing for you! And once you are in, some of them make it a real hassle to get out.

Since most residencies are associated with non-profit institutions, you may have access to a 403(b) plan. A 403(b) plan is similar to a 401(k) plan in that you can set aside money on a tax-sheltered basis. The main difference between the two is that 403(b) plans are for non-profits while 401(k) plans are found in for profit companies. The two have similar contribution limits and rules. The money you set aside in these accounts isn’t subject to state and federal income tax, which may reduce your tax bill each year. The money grows tax free, but when you finally withdraw it you will have to pay income taxes on whatever comes out of the account.

If you open one, you’ll fill out some forms indicating how much you’d like taken out of each paycheck and which investment options you want the money to go into. Some institutions have an automatic enrollment system, meaning they will automatically sign you up to contribute something like 1% of your income into the plan unless you opt-out in writing.

You need to do some serious due diligence before signing up for your institution’s retirement plan.

The two most important things you need to know are:

Is there a match?

What investments are available?

Is there a match?

A match means that for every dollar you put in, the institution will put a dollar into the fund as well. A common scenario is to see a 100% match on the first 3% of income. If you make $50,000 a year, a 100% match on the first 3% of income means that if you put in $1,500 your employer puts in $1,500. That’s an instant 100% return on your money, and if there is a match you should almost always put in whatever your institution will match. When I was applying to residencies, most programs did not offer residents a match. One or two did, though, so be on the lookout.

What investments are available?

Next comes the investments. Your company’s  403(b) will be set up with some sort of banking or investment firm, and you will be able to choose which of that firm’s funds you want your money to go into. So if your company’s 403(b) is administered by Wells Fargo, you can only put the money in Wells Fargo’s funds.

Your options will almost always consist of mutual funds, and you might see options such as an S&P 500 index fund, a bond fund, international investments, or plans that create a mix of these funds based on when you expect to retire. Every single plan has what’s called an expense ratio. This ratio is how much money the fund company sets aside for its expenses and profits before distributing returns to investors. Essentially, this is what the bank charges you for managing your money, and it comes right out of your earnings. These can range from figures like 0.04% for a Vanguard stock index fund or an insanely high 1.5% – 2% for funds from other companies. If the investment options are packed with funds above 1%, you can get cheaper investments outside of your institution’s plan.

Why the focus on expense ratios? In investing, you keep what doesn’t go to your investment company. Let’s say you have $1,000 in a stock mutual fund. If you’re fund company has a 0.05% expense ratio, that means it cost you $5 to have the company manage your money. If that same fund charged 1.5%, you paid $15. Those savings, added up and compounded over decades of investing, can shave years off of when you are financially able to retire. A match can make up for unfavorable expense ratios, but there’s a better way once the match has been maxed out.

An IRA (Individual Retirement Arrangement) is a separate account from your employer. You open your own account with a company like Vanguard or Fidelity and put money in it yourself rather than through payroll deduction. In an IRA you have access to thousands of investments, including those very low expense ratio funds I just mentioned.

If you use a Traditional IRA in lieu of an account at work, the contributions are tax deductible, grow tax free, and you pay tax when you withdraw the money later, just like the 403(b). The difference is that you get to pick the funds, the expenses are usually lower, and you almost never get an employer match.

With a Roth IRA, you put the money in after taxes. You don’t get a tax break now, but the money grows tax free and can be taken out in your retirement years with no tax bill. Residents are almost always better off investing in a Roth IRA than a traditional IRA. Why? Because your income now is probably the lowest it will ever be (including in retirement), and therefore your tax rate is the lowest it will ever be.  It’s better in the long run to pay 10-12% in taxes now than to pay 25% or more at a future date. Once you have some big attending paychecks, it begins to make more sense to make tax deductible contributions instead of Roth contributions.

If you are single, you can put in $5,500 a year. If you are married and file jointly, you can also open an IRA in your spouse’s name and put another $5,500 in it. This option is available even if your spouse doesn’t have an income. The IRS only requires that the two of you have a combined income of at least $11,000 to qualify.

Finally, because Roth IRAs are your account (not your employer’s) and are funded with after-tax money, there are rules that allow you to withdraw money before retirement under certain circumstances. This means that, as a resident who likely doesn’t have a whole lot of assets, you can stash some of your emergency savings in a Roth IRA, knowing that you can still get to it in an emergency without penalties.

Why not just wait until I’m an attending and I make real money?

Two reasons: first, the sooner you invest, the longer your money has to grow and the more you have in the end. Second, by building good habits now, it will be easier to invest when you make more. If you get used to spending your entire paycheck, it’s easy to keep doing that when your paycheck triples later on.

The most important thing, though, is that you save. Period. If an IRA seems too confusing, sign up for what your employer is offering. Even if the return isn’t as high as another account, you get a 0% return on the money you don’t invest.

Where to read more:

This has obviously been a very simplified explanation, just trying to keep you from signing up for the “recommended” un-matched 403(b) with a 2% expense ratio and losing a lot of money in the long term. If you are interested in the topic and want to learn more, I strongly recommend Dr. Jim Dahle’s blog (www.whitecoatinvestor.com) and his book, which you can get on Amazon. Personally, I found that the book gave a really good overview of how not to do stupid stuff.

Another good one is the Bogleheads’ Guide to Investing, also on Amazon.

Note: These are affiliate links, if you buy through these links I receive a small payment to help keep this site running.

Leave a comment 403b, retirement savings, roth investing, roth IRA, saving for retirement as a resident, savings, should residents invest in IRAs, traditional IRA, what is a 403(b)