What’s going on with the Social Security tax deferral? 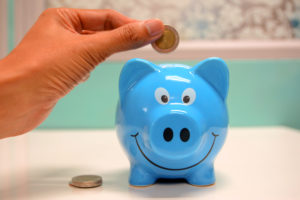 This post is brought to you by Indy’s Spousal Unit. The Spousal Unit is a work-from-home parent and self-proclaimed finance nerd who helps keep track of the crazy things DFAS does with our military pay, makes sure the money we save for retirement goes where it’s supposed to, and takes care of all of those other “real life” things that it’s hard to keep track of when you’re a medical trainee who spends 80+ hours a week drinking from a firehose and comes home utterly exhausted. The Spousal Unit is the reason our finances aren’t a mess, and he is going to start sharing some of his wisdom with other people who may be in a similar situation, in case you’re a busy trainee with no time to figure this out, and unlike the Spousal Unit, your spouse doesn’t read IRS code for fun. Enjoy! –Indy

You may have heard about the Social Security tax deferral, and that military members may be impact more than most. But what is actually happening, and what does it mean?

I won’t torture you with a deep dive into the nuts and bolts of everything Social Security (that’s another post, I promise). But it’s important to understand for this discussion how Social Security taxes affect your current paycheck. The Social Security system is funded by payroll taxes. When you as a W-2 employee get a paycheck, 6.2% of your income gets sent to the Federal government (the employee contribution), and your employer also has to make a matching 6.2% contribution (the employer contribution). Unlike income taxes, which can be decreased with various deductions and credits, there really isn’t an easy or straightforward way to reduce how much you pay in Social Security tax. Make more money, pay more payroll taxes.

Really the only exception to that rule is that neither you nor your employer pays Social Security tax on income in excess of $137,700 per year per individual. Side note: that’s one reason why it’s often more financially advantageous for a doctor to earn $20,000 more from a side gig or moonlighting than it is for a spouse to take on job that makes $20,000 per year. There are a lot of good reasons for a spouse to go get a job, even one that doesn’t play highly. The way our tax system is set up, a couple that is married filing jointly will pay income tax on the household’s income, but Social Security tax is always paid individually. This means that a household with one high-income earner will keep more of that $20,000 if the higher-earning spouse earns the money – they pay the same income tax either way, but they won’t pay Social Security tax if the person who earns the money has already earned $137k that year. Taxes are weird.

What is this Executive Order about?

Well, on August 8th, 2020 the President signed an Executive Order which allows employers to stop withholding Social Security payroll tax from September through December 2020. This means that employers can stop withholding the 6.2% of your income which would normally go to Social Security taxes (it’s itemized on your pay stub or military Leave and Earning Statement, LES). This order also allows a company to defer paying the employer’s half of the Social Security payroll taxes (another 6.2%). At first glance, this sounds great: working Americans will get a few extra bucks in their paychecks for the last four months of the year. Who would complain about that with the holidays right around the corner?

In reality, it’s a nightmare. The Executive Order is creating a lot of confusion for employers and employees alike. From what I can tell, no one except a small few number of politicians think this is a good idea. There’s a ton of political drama involved, which I won’t discuss further here.

So what’s happening to my pay?

The order is merely a deferral, not a waiver or tax holiday. A few years back there was a temporary payroll tax cut, but this isn’t the same thing. In January, you’ll see that same amount get deducted from your paycheck on top of the regular payroll withholding. If you don’t want to read any further, all you need to know is that if you get any extra money in the last four months of the year, you are going to pay it all back in the first four months of 2021.

If you leave your job, the IRS will collect the difference when you file your tax return and it will come out of your refund.

Where things get weirder is that not every employer is obligated to participate in this. Employers were can choose to opt-in or opt-out. If you work for the federal government, however, including military personnel, you don’t get a choice to opt out. For non-government employed civilians, you’ll need to ask your payroll department if they will be deferring Social Security withholding.

So, suppose you’re a resident making $50,000 a year. A 6.2% Social Security payroll tax payment runs you about $250 a month, so deferring that tax for 4 months means that you get an extra $1,000 before the holidays to live it up. But in January you are going to pay that back in the form of smaller paychecks. If things are tight, and you got used to spending that extra $250 a month but now have to not only start paying $250 a month again but also have to pay back the $1,000 that you didn’t pay in the fall, that could be quite a shock.

What should I do about it?

The fix is simple, but it requires a bit of planning and self-discipline. Don’t spend the money.

Look at your paystub from August and see what amount went to Social Security. It should be listed as a single line and it’s usually pretty obvious which line it is. If you can’t find it easily, or your income changed dramatically in September, find your taxable income and multiply that by 6.2%. Set that money aside and don’t touch it. When January rolls around, you’ll have that cash sitting around to pay your bills and take care of business without financial stress. This also helps to keep you from getting used to spending the extra money. If something changes and they turn it into a deferral, then you’ve got a few hundred dollars (or a few thousand) to spend or save.

A note for people who get their paychecks from the military; the DoD has decided that individuals who make less than $8,666.66 a month in base pay will have a withholding deferral. Unfortunately, this only considers base pay and not the taxable value of other pays like flight pay or specialty pay. Only the senior most O-5s and above won’t have to deal with this problem. The vast majority of the rest of the military will have to deal, If you’re in a position to mentor any junior officers or enlisted personnel you work with, this is a great opportunity to help keep them from getting screwed.

In the end, we have a highly complex, obnoxious, and for some federally mandated program that is essentially a payday loan. On the bright side, at least it’s a 0% payday loan and you won’t have to worry about catching hepatitis or COVID from a sketchy strip mall payday loan joint.