How military doctors get paid, and to how to make sure you’re getting paid what you deserve 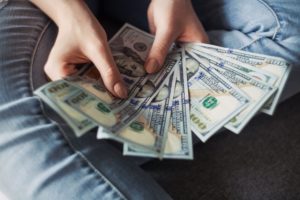 Between Indy and Spousal Unit, we have 15 consecutive years of experience in dealing with military finance. Military pay is complicated enough, but for military physicians the situation gets much more complicated than a typical member of the Armed Force.

Physicians serving as military officers receive the same pay and allowances as other military members; basic pay, basic allowance for subsistence, and basic allowance for housing. MDs and DOs also receive monthly special pays that are linked to training status, specialty, board certification, and retention contracts.

That’s the short version. The devil is in the details. Let’s take a look at how the basic and special pays break down to really understand how a military physician’s compensation works.

Basic Pay (often referred to as base pay) is based on your rank and active duty time. A newly minted O-3 intern coming onto active duty from the Health Professions Scholarship Program (HPSP) will get constructive credit for the 4 years of medical school and be paid as an O-3 with 4 years of time in service. Some people will telly you that you get paid as an O-3 with less than 2 years. Those people are wrong. There is a DOD Instruction on this exact topic. You get 4 years of “credit” for pay purposes (though not for retirement) for the 4 years that you spent in medical school, even though you weren’t on active duty in school. You have to pay income taxes on this amount. Base pay is usually raised each January by up to 3% as a cost of living adjustment each year. When you hear about military pay raises in the news, this is the part that is affected.

Basic Allowance for Subsistence (BAS) is a tax-free benefit that in 2019 is worth $254.39 each month as of 2020. This amount is paid to all officers regardless of rank, job, or time in service.

Basic Allowance for Housing (BAH) is a tax-free benefit designed to pay for a rental in the local market. If you are single, you’ll get the without dependents rate. If you are married, have children, or have legal custody of some other dependent (i.e. elderly parents whom you financially support in your home) you receive a slightly higher amount to account for more space. BAH is based on the zip code of where you are stationed and your rank. Like BAS, it is not affected by time in rank or duty position. At our residency location, the O-3 BAH was about $1,350 at the single rate and $1,650 for the with dependent rate.

BAH is reevaluated each year based on the rental market. Although it can often cover a 30-year VA mortgage, the amount isn’t intended to allow you to buy a home. You absolutely can, but ultimately the amount is tied to rents and not necessarily property values. If the rate drops while you are stationed at an assignment, you will keep the higher rate. If the rate goes up, you get the new one. You won’t have to worry about your BAH dropping before you PCS to a new assignment.

Other Non-Medical Special Pays For the purposes of this article, we’re not going to get into the weirdness of really specific military job pays. Safe to say, if you are at sea, deployed to a combat zone, on flight duty, or jumping out of planes you can expect some extra cash. We’re going to focus on the special pays unique to doctors.

A good chunk of a military doctor’s pay comes from special pays. Military physicians receive Incentive Pay based on their level of training, specialty, and whether or not they have signed an agreement to stay in the service after their initial service obligation. They must hold a medical license and be privileged and practicing medicine in line with their assignment. These pays are fully taxable. The amounts are listed as annual pays, but are paid out on a prorated basis each month.

One of the problems with military special pays is that it can be many years between the rates being increased, The current numbers for physician special pays were updated in 2019, and it could easily be a decade before they reevaluate the amounts. So keep in mind that inflation will erode these benefits over time.

Interns and PGY 2+ residents receive a fixed amount. There is no increase for each additional PGY year in the same way that civilian residents get annual pay raises. Same goes for those working as general medical officers or flights docs. Once they complete a residency, physicians receive the Fully Qualified IP Rate in their specialty.

In fellowship, your pay is determined by the residency from which you graduated. A maternal fetal medicine, gynecologic oncology, or reproductive endocrinology fellow would be receive the OB/GYN fully qualified rate while in fellowship, and then begin to receive subspecialist pay pay after completing fellowship.

When you are ready to bump up to a new tier of incentive pay, such as when you graduate residency, the new pay rate doesn’t kick in until 3 months after you become eligible for it. So you don’t start getting fully qualified OB/GYN pay until 3 months after completing OB/GYN residency. If you graduate June 30th, you are eligible September 30th, and start receiving the higher pay rate October 1st.

In order to get your higher rate of pay, you have to sign a contract for the new rate. No one will call or email you and tell you that it’s time to do this, and it can’t be back-dated. So keep track of when you are due to get a new pay rate and submit your request to get the higher rate of pay. Your local MPF or AFIT program manager should be able to help you with this. It’s a real pain.

Once your initial service obligation is complete, a physician can sign an agreement to stay in the military for a certain period of time. The longer the term, the greater the annual Retention Bonus. Some specialties offer an increased IP rate to go along with the retention bonus. The military uses these as a way to keep people in key specialties. It’s been only recently that they started offering 6 year contracts to doctors in high demand fields.

This one is incredibly simple. If you have an ABMS or AOA board certification in your specialty, you get $6,000 each year (paid as 12 equal monthly payments of $500). It doesn’t matter how many years you have in or under what kind of retention contract, if any, you are under. If you qualify for Incentive Pay and you’re board certified, you get that extra $500 a month.

Let’s say Captain McNewb receives a 3-year HPSP scholarship. She graduates from the Best Medical School and reports to Fort Sam Houston for an Internal Medicine Residency. Her base pay as an O3 with four years is $5,847.35 and she gets $254.39 in BAS. Since she’s married and has kids, she’ll get $1,638 in BAH. As an intern she will receive $100 a month in Incentive Pay starting 3 months after she begins her internship. Before taxes, she is making about $7,840 a month or $94k per year.

After the hell that is intern year, Captain McNewb’s basic pay will probably increase a bit with inflation and she will now receive the resident IP rate of $666.66 a month. Three months into her PGY-2 year when she transitions from intern incentive pay to resident incentive pay, she is making $8,500 a month or $102k per year.

Let’s say Captain McNewb stays put in San Antonio after finishing her 3 year residency. So now she’s an O-3 with more than six years and would receive $6,127.34 in Basic Pay. BAH and BAS remain unchanged. As an Internal Medicine attending who is still serving out her initial obligation, she will now make $3,583.33 each month in Incentive Pay. As a new attending, she makes $11,600 per month, or $139k per year, in 2020 dollars.

Fast forward a few years and now Major McNewb has repaid her active duty service commitment, and has become board certified in Internal Medicine. She now has 10 years time in service for basic pay purposes (4 for medical school, 3 years of active duty residency, and the 3 years she spent paying back her 3-year HPSP commitment). Her basic pay is $7,459.99 each month and she gets her $254.39 in BAS. She’s still in San Antonio, but as a Major she now gets $1,896 in BAH. As far as special pays go, Major McNewb will receive her $3,583 incentive pay, but will also be eligible for a retention bonus. She has an agreement to stay in the military for 3 years, so she gets a Retention Bonus of $1,916,66 each month. As a board certified internal medicine attending 3 years out of residency, her total monthly pay in 2020 dollars would be approximately $15,600 ($187k per year).

Great pay in training, but after…

A brand new PGY-1 at Indy’s old institution makes about $54,000 a year before taxes. A PGY-4 makes about $60k. Unlike the military, all of that is subject to federal income taxes, and the health insurance plan requires co-pays and deductibles for the whole family. It’s not hard for a military resident to take home more money than a civilian because of the additional pay, tax free benefits, and little to no healthcare costs.

Under the modern military retirement system, the military will also match 4% of Thrift Savings Plan contributions, which just starting out as an O-3 is a bit under $3,000 in matching funds. The civilian institution Indy went to didn’t offer any kind of match to residents. I’ve heard rumors of there being maybe a handful of programs that offer a match to residents and fellows, but it’s definitely not the norm.

As a resident, you definitely make more money on active duty than you would in a civilian program (to the tune of $50k per year).

Unfortunately, once your commitment is up, there is very little upward growth in pay. Sure there will be annual raises in the base pays, or you could sign a longer contract for a larger retention bonus, but those are small increases. Many primary care physicians find that they make a similar amount in the military to what they would make in the civilian world, but notice from the table above that a gynecologic oncologist or reproductive endocrinologist, who could make $250-300k/year as a civilian, will make only $8k a year more than our internal medicine example, or $195k. This means that active duty military subspecialists are often losing out on $100k/year or more in pay compared to what they would make in the civilian world.

I hope this has been helpful as you try to navigate what you should be getting paid, when, and what it’s all called. If you have questions, please feel free to post in the comments below.